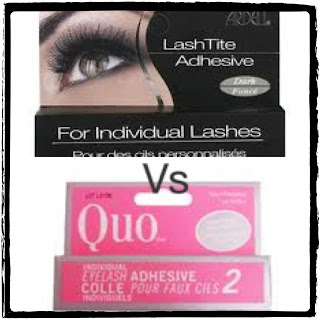 So after trying both products I have a very clear answer on who wins this fight!!!

ARDELL is the by far the winner.
Quo's ($5.50) formula was very thick and webbed (like a hot glue stick). My lashes started to fall off about a half an hour later. They just washed off in the shower.

Ardell's ($4.99) formula was thinner (but not runny). My lashes stayed in place and didn't come off. They stayed put after my shower. My only dislike is the odor. It was a little strong like crazy glue and gave me the sniffles . If all I need is to have a tissue handing and in return have beautiful and fun lashes so be it!!!!

Another thing when I went purchase Quo product the sales lady (@ shoppers) said it would hold for a couple weeks... Which it could hardly hold for an hour. Plus I originally wanted the Ardell, but all they carry is their house brand. When I asked the Sales women @ Rexall about the Ardell product she said it wouldn't hold for a couple of weeks! Lucky for me I had done some research and then double check on my phone so I bought it anyways! Just goes to show that you shouldn't always listen to those who are selling you the products.
These women were the beauty experts in these stores ???
I don't get it!

The next test is to see how long this glue holds up!!! It does depend on the person and skin type they have. More oilier the skin the sooner they will fall off. There is another brand that says it will hold for up to 6 weeks... Let's see how good Ardell is first!

Thanks for reading and Happy Makeup-ing! 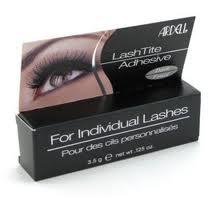 
Alright so it's been almost 2 weeks since I've applied my individual lashes with Ardell Lashtite Adhesive. I have to say I really didn't mind the product. I did have a couple fall off but for the most part they stayed on. For the couple that did come off it was very simple re-apply them & only took a moment.

My over all rating for this product would be a 4 out of 5. The price is... very fair, simple to apply & there wasn't too many fall outs. There is surgical level lash glue on the market that is apparently Very good, but with a heavy price tag $$$.

I love them personally... I don't think I'll stop wearing them, but then again I'm a lash girl ;)
Posted by Nicole Lemos, Makeup Junkie 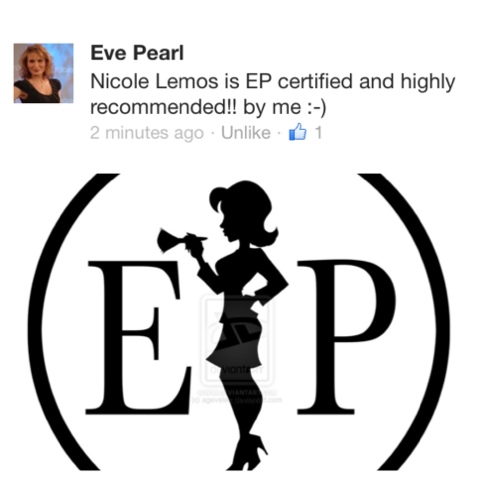 Something about it *sigh*